When To See A Medical Doctor Vs. A Naturopathic Doctor

The Similarities Between MDs and NDs 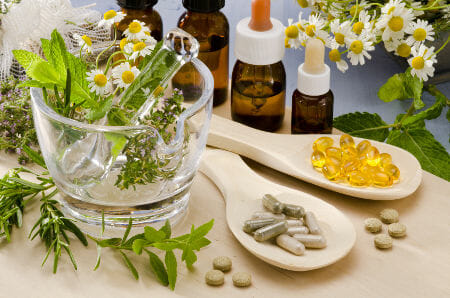 There are still some parts of North America where anyone can call themselves a naturopath.

Most people don’t realize that medical doctors and naturopathic doctors complete almost the same amount of educational hours. Actually, even their studies look similar for the first two years, although there are differences.

Naturopaths spend nearly 30% more time in a classroom setting. That means they go more in-depth on anatomy, physiology, orthopedics and most systems of the body. And they spend a few hundred hours on nutrition while MDs are close to zero.

But medical doctors spend much more time on surgery and radiology (e.g. x-rays and ultrasounds). Interestingly, both disciplines spend a similar amount of time on pharmacology (drugs).

Many NDs will never prescribe them (depending on the laws in their region, plus their own judgment). That said, they need to understand how drugs interact.

The education begins to differ in year three

Medical doctors often start to specialize, such as emergency care, surgery, or cancer. On top of that, they start to see a lot of patients. In fact, they spend nearly 60% more time in a clinical setting, although that time is mostly in observation.

Naturopathic doctors all specialize in the same thing – becoming primary care physicians. They also start to see a lot of patients during their education, not merely observing but also treating them. As a result, they’re ready to start working with patients as soon as they graduate.

But most naturopaths don’t go into residency. These residencies aren’t funded by the government, so there aren’t many of them. That’s why most medical doctors get more hands-on experience in their specialties.

Which brings us to the topic at hand today…

When To See A Medical Doctor

You want to see a medical doctor when you need that specialty of theirs, such as when you:

Medical doctors may use the following when treating you:

When To See A Naturopathic Doctor

You want to go see a naturopathic doctor when you have symptoms that you want to relieve through natural methods. On top of that, you see an ND when you want to fix the root cause of the problem.

In general, medical doctors are educated in how to relieve symptoms rather than how to fix the reason those symptoms are there.

That said, the best primary care MDs take it upon themselves to learn more about the human body. But most of them don’t have the training in this area that NDs have. For NDs, fixing the root cause is the core component of their education.

Therefore, good examples of when to see a naturopathic doctor include:

A medical doctor is likely to prescribe drugs or surgery in the above situations, while naturopathic doctors may use:

And if you’re lucky enough to go to an integrative health clinic, you have access to a team that may include a naturopathic doctor, medical doctor, osteopath, chiropractor, etc.

If you’re looking for a doctor, here’s a list of questions to ask a naturopathic doctor (down the page). This list works just as well for medical doctors.

When To See Both Of Them

Many medical doctors don’t work regularly in cooperation with naturopathic doctors, as they tend to refer to other MDs, but some of them will work with your naturopath.

Naturopathic doctors actually spend a lot of time during their education learning how to work with MDs, and most are quite happy to do so.

You may find they both have something to offer for your situation, so if you want to see them both, you should.

Of course, if you live in a place where your medical doctor is covered by your insurance or health care, you may go to them first.

Or a naturopathic doctor if they are covered by your benefits, or if you just prefer more of a holistic approach.

Medical doctors and licensed naturopathic doctors receive a similar length of education, but they specialize in different areas.

I would see a medical doctor in an emergency or when you need surgery or a prescription.

I would see a naturopathic doctor when you’re looking to heal the root cause of your health issue and prevent future issues.

And you can certainly see them both when they both have something to offer your situation.

If you’d like some tips on how to choose a naturopathic doctor, go here.

If you want to read some frequently asked questions about naturopathy, go here.

Feel free to ask our team of naturopaths

Thank you! Your submission has been received!
Oops! Something went wrong while submitting the form.